When you think of creating a movement, you may naturally think of Ghandi who supported the liberation of India from British rule, Martin Luther King who campaigned for civil rights, and even the #MeToo movement for ending disrespect and violence against women. These are big history making and society changing processes. But how is a movement born?

Social Buzz Club, Founder, Laura Rubinstein interviewed transformationist Joseph Ranseth about what is a movement and how does one launch it. This article is a summary of this in-depth interview. Be sure to watch the interview that is embedded within this article below.

What is a Movement? Defined

The word “movement” has become a buzzword in the online marketing space and many who simply want to move product make their objective it sound grander with the word movement. Marketers can use their tools and strategies to engineer transactions. They identify the words, colors and experiences to stir the emotions that lead to the predictable actions that they want you to take. That works to get a certain number of transactions done.

However, the purpose driven entrepreneur who has experienced hard earned life lessons typically has a heartfelt desire to serve others are passionate about causing transformation and serving others. For these people relying upon marketing tools and strategies is not effective. Great marketers not only have the tools and strategies, but they also understand human behavior and what drives decision making.

Master marketers have this knowledge of what drives human behavior along with the tools, but they are not trying to move product transactions. Instead they use it to engineer transformation. They ultimately give people a new lens for how they see themselves or the world around them. Then there are natural actions that occur. Change comes from two places discipline (decision based) and disposition (natural inclination). Discipline change is about creating a new habit or using will power. Under stress the discipline goes out the window. Disposition based change is about a belief that has been activated. It has a deep foundation and causes more sustainable change. For example, when a grandfather who has smoked his whole life sees his newborn granddaughter and realizes he wants to be around for her graduation, he makes the choice in an instant to stop smoking forever.

Disposition based actions cause sustainable change and master marketers work to create just that. In marketing and creating a movement when you focus on giving people a new lens, that change happens automatically.

3 Keys To Start A Movement

To start a movement, Joseph suggests identifying these three keys:

1- Big Idea – Identify a big idea that is bigger than ourselves. It has the power to bring people together for a common cause without them giving up their identity. This concept allows people to celebrate their differences, yet they can come together because there is a universal truth or principle that resonates and the idea can grow from. For example, Dr. Martin Luther King was not focused on passing a civil rights bill, he was promoting the big idea that all people are created equal. Once you have the big idea then start thinking about how do you express it in physical form.

2- Clear Message – The heart of the message is easily recognizable and repeatable and people just get it. “I have a dream” is what is remembered in context of everyone getting along not the full 16 minute speech Dr. King gave. When people get it, it anchors them to it and they naturally take action in alignment with it. You must capture the universal truth in a such a way that it lands in the hearts and minds of people and transforms them. This is where the art of choosing words that help things go viral that Joseph consults about.

3- An Army of Advocates for the Cause – You need evangelists. Find the eternal truth behind this – helping people care for families before it becomes an emergency. There was no way that Dr. King took on people getting along and treating each other as equals on his own shoulders. Thousands and eventually millions got caught up in this movement. Here at Social Buzz Club, we love bringing influencers and advocates together to grow movments.

How To Identify The Timeless Universal Truth

Take the time to contemplate the bigger picture of your mission. Here are some questions you can start with: 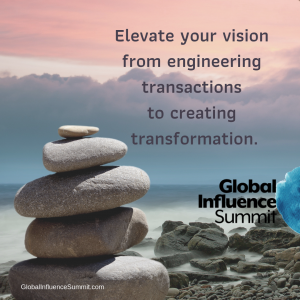 From Marketing To Movement

Marketing is about promoting a product, person or a company. When you elevate it to a conversation that everyone can be a part of, you have the foundation for a movement.

A movement elevates human consciousness. It’s not just about achieving a goal. It’s about impacting the human trajectory of humankind for the better. Thereby allowing future movements to build upon that. When you identify that thing that is helping to elevate human consciousness, then you look at it as a process that is distinct from asking the question how do I get a whole bunch of people to buy stuff. Instead we build on an eternal truth that causes transformation.

Working Through The Drama Triangle To Elevated

Many people who start movements see a “wrong” that they want to “right.” It starts with the drama triangle. As the formula, life and most stories go, there is a damsel (or person) in distress captured by the evil dragon and the knight in shining armor saves the day. In other words, there is a victim to some sort of villain and a hero saves the day. Any time there is drama in our lives there are players in these roles. Movements are a lot of drama. Someone is the victim to a villain and the hero or person/solution/legislation is needed to save the day.

Villain represents the shadow or the wound

Usually this passion for causing a transformation (creating a movement) comes from something that is very personal. Knowing how bad it can be is a starting point. Many social justice movements, started with people who are wronged and want the logical conclusion of the opposite to solve this problem.

In order to have an effective movement we need to come to the place where we are no longer in the drama triangle. And rather we can observe it. That’s where our awareness is elevated to a place of seeing the whole (both sides) – not just heads or tails / right or wrong… But look, it’s a quarter and both are necessary. Then from this new perspective the dialog can begin. To ignite a movement you must move from here’s the thing that is wrong to the higher perspective that can actually change the conversation.

When you have an idea, Joseph puts their big idea through the 9 step rubrik to make sure it qualifies and get to their bigger vision so that does more than raise awareness. It changes a conversation and gives the world a new lens.

Great questions to transform your idea to a new lens for humanity include:

How This Doctor’s Movement Is Ending Professional Burnout

Joseph admires Dr. Diane Ansari-Winn who has invested her life in being a healer. While practicing anesthesiology she got burned out. As she came out of this, she wanted to help other doctors heal and prevent burnout. As she and Joseph worked though the vision and elevated the conversation from good/bad to the broader viewpoint, she launched the Physicians Vitality Institute that empowers healthcare organizations to incorporate more dialog around physician wellness and programs. This included training to help physicians do peer to peer coaching to prevent burnout amongst each other so eventually the whole discussion of burnout in the medical profession becomes obsolete.

How To Start A Movement Summary

Look for the timeless eternal truth. You can start with the problem, but then elevate it to something everyone can buy into. For example, people thrive when they are in healthy communities. Elevate your vision from engineering transactions to creating transformation.

Start Your Movement With The Global Influence Summit Community 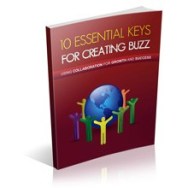